Data Analytics
Performance
Visualization
Location301
DescriptionGrain graphs simplify OpenMP performance analysis by visualizing performance problems from a fork-join perspective that is familiar to programmers. However, it is tedious to navigate and diagnose problems in large grain graphs with thousands of task and parallel for-loop chunk instances. We present an aggregation method that matches recurring patterns in grain graphs and groups related nodes together, reducing graphs of any size to one root group. The aggregated grain graph is then navigated by progressively uncovering groups and analyzing only those groups that have problems. This enhances productivity by enabling programmers to understand program structure and problems in large grain graphs with less effort than before.
Author/Presenters
Nico Reissmann
Norwegian University of Science and Technology
Magnus Jahre
Norwegian University of Science and Technology 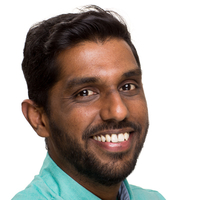