Applications
Government Strategies, Programs, and Funding
HPC Center Planning and Operations
Location708
DescriptionOn March 23rd 2017, at the occasion of the 60th year celebration of the Rome European treaty, ministers from major European countries and the European Commission announced the EuroHPC initiative. The goal is to procure and deploy exascale supercomputers based on European technology in the global top 3 ranking by 2022. The initiative was signed by 7 European countries. Several other countries have joined the initiative since. Considerable funding has been committed by the EU and a large number of industrial and scientific partners have gathered together and recently submitted a proposal to develop an European low power HPC processor, as a first step to implement a full European domestic HPC stack. BSC is leading the research effort among some of the most prestigious research teams in Europe. A fundamental choice will be the move towards open standards in the definition of the CPU accelerator architecture in close collaboration with the industrial partners involved. For commercial long-term sustainability, it will be important to address a wider market than just HPC and for the time being the automotive embedded market has been retained. A considerable effort will be dedicated to complement the hardware design with the necessary software development and programming environments to allow the co-design of mission critical applications, which can greatly benefit from exascale computing capacity. The talk will briefly review the goals and plans to implement the EuroHPC initiative in Europe.
Author/Presenter 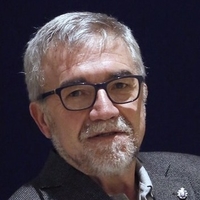