LocationFour Seasons Ballroom
DescriptionA busy application developer likes to focus on doing science, but instead is often distracted by the sheer variety of available hardware platforms, their compilers, and associated optimization flags. Exclusive pursuit of speed may jeopardize the reproducibility of scientific experiments. On the other hand, performance is central to HPC. Our previous work provided a unique testing framework called FLiT that helps developers exploit performance without jeopardizing reproducibility. To verify that FLiT is useful for real-world libraries and applications, it was applied to MFEM, a finite element library used in various HPC applications. I show that the compilation with the fastest average runtime for the converted MFEM examples is also bitwise reproducible. For these examples, clang had the fastest average runtimes and the best reproducibility. Our future work aims to enhance the open-source FLiT tool into a strong community resource and to follow up with found compiler oddities.
Author 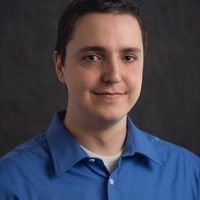