Location503-504
DescriptionBurst Buffers have been associated with next-gen, exascale, leading-edge HPC scratch systems for a few years now. For the performance and capacity requirements of large scale IO solutions the economics still mandates a cache approach rather than all-flash. The implementation of "burst buffers" is becoming mainstream as solid state inevitably works its way into HPC storage albeit in a number of guises: classic exascale burst buffers through to more modest controller caching and a number of alternatives in between.

This Exhibitor Forum will discuss the relative merits of flash implementations in HPC environments, with respect to economics, usability, performance and manageability and encourages organizations offering flash caching solutions, and implementers of flash caches to contribute to the assessment of this dynamically evolving area of HPC. Specific application verticals which are primarily benefitting from flash in HPC will be discussed and extreme acceleration examples and use cases will also be shared.
Presenter 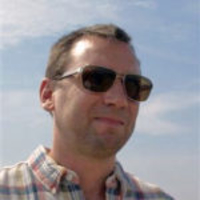