Location704-706
DescriptionFortran is 60 years old and maligned by many in the HPC community for being non-productive. While its usage in HPC is not as dominant as it was prior to 2000, it is still the major language employed for high performance. The Fortran standards committee is changing Fortran to be a more productive language. Have these changes to Fortran benefitted the community? We will hear from ex-Fortran coders who have moved to other languages and from current Fortran coders who still believe it has advantages over the alternatives. 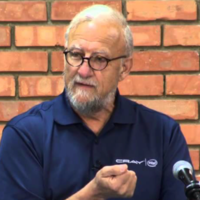