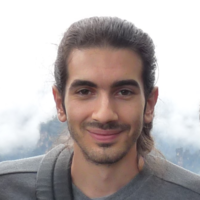 Biography
Since September 2017, I am a postdoctoral researcher at the Department of Mathematics and Computer Science at the University of Basel. As a member of the High Performance Computing (HPC) group, my main topics of interest include fault-tolerance, modeling, simulations, optimization and scheduling techniques for large scale platforms.

In 2014, I completed my master's degree in computer science at the University of Orléans, France, before moving to École Normale Supérieure de Lyon (ENS Lyon) where I did a 6 months research internship on fault-tolerance and scheduling techniques for large-scale systems, before being accepted as a full-time PhD student.

In 2016, as part of the Joint Laboratory for Extreme Scale Computing (JLESC), I spent 3 months at Argonne National Laboratory (ANL) in Chicago under the supervision of Franck Cappello to initiate a project aiming at optimizing the execution of large application workflows subject to faults.

In 2017, I completed my PhD in computer science under the supervision of Anne Benoit and Yves Robert at the LIP Laboratory in Lyon, France. I made contributions in the area of fault-tolerance and scheduling under the form of new algorithms as well as several optimality result.
Presentations
Workshop
Resilient N-Body Tree Computations with Algorithm-Based Focused Recovery: Model and Performance Analysis