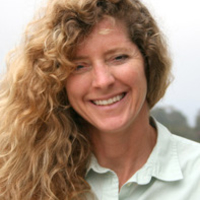 Biography
Nancy is a co-principal investigator on several National Science Foundation awards - XSEDE, CyberGIS and the Science Gateways Institute. She has been involved in science gateways and their interfaces to high-performance computing since 2005. Nancy co-directs the Extended Collaborative Support program in XSEDE. At same time, she support several projects of collaboration in HPC around the world and motivates the creation of regional scientific computing networks in Latin America from RedCLARA (Academic Network consortium in Latin America). Nancy received her Bachelor's degree from Boston College in Mathematics and Philosophy and her Master's degree in Aerospace Engineering from San Diego State University. She has been with SDSC since 1993 and has held a variety of management positions there. Prior to that she held engineering positions with General Atomics and General Dynamics in San Diego.
Presentations
Birds of a Feather
Americas HPC Collaboration