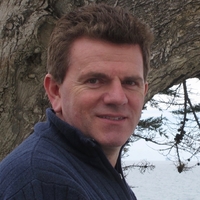 Biography
Erich Strohmaier is a Senior Scientist and Group Lead of the Performance and Algorithms Research group in the Computational Research Division at the Lawrence Berkeley National Laboratory. He held positions at the University of Tennessee, Knoxville and the University of Mannheim, Germany. He has a Dr. in theoretical Physics from the University of Heidelberg, Germany.

Strohmaier main interests are in performance characterization, evaluation, modeling, and prediction for HPC systems and large scale scientific workflows. He is involved in the analysis of advanced-computer architectures and parallel programming paradigms, classification of kernels and programming patterns for scientific computational kernels. In recent years he started working on the analysis and optimization of data-intensive large scale scientific workflows and the application of machine learning for predicting their behavior and performance.

Together with Prof. Dr. Hans W. Meuer he devised and founded the TOP500 project in 1993. It started as a list of the most powerful supercomputers in the world and has evolved to a major source of information about trends in HPC. The project tracks supercomputers installed together with their performance, power consumption, and a variety of architectural features. The biannual TOP500 has become the “Who’s Who” in the field of High Performance Computing and the 50th list will be published at SC17. Strohmaier has served as the main editor of the TOP500 since its beginnings.

Strohmaier was awarded the 2008 ACM Gordon Bell Prize for parallel processing research in algorithmic innovation and was named a Fellow of the ISC Conference in 2017. He is a member of ACM, IEEE, and APS.
Presentations
Birds of a Feather
The Green500: Trends in Energy-Efficient Supercomputing