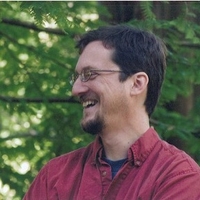 Biography
JOHN M. SHALF is Department Head for Computer Science at Lawrence Berkeley National Laboratory and Deputy Director of Hardware Technologies for the DOE Exascale Computing Project. Shalf is a co-author of over 60 publications in the field of parallel computing software and HPC technology, including three best papers and the widely cited report The Landscape of Parallel Computing Research: A View from Berkeley (with David Patterson and others), and was a member of the 2008 DARPA Exascale Software Technology group that reported on software ramifications of exascale technology. In 2006, John led the Green Flash Project, which applied codesign methodologies from embedded computing to create a manycore SoC design for an HPC system optimized for Climate modeling, and the follow-on Green Wave system for seismic imaging that is being commercialized by Green Wave Inc. He also co-led the Berkeley Lab/NERSC team that won a 2002 R&D 100 Award for the RAGE robot. Before joining Berkeley Lab in 2000, he was a research programmer at the National Center for Supercomputing Applications at the University of Illinois and a visiting scientist at the Max-Planck-Institute for Gravitational Physics/Albert Einstein Institute in Potsdam, Germany, where he co-developed the Cactus code framework for computational astrophysics. Contact him at jshalf@lbl.gov.
Presentations
Emerging Technologies
PARADISE: A ToolFlow to Model Emerging Technologies for the Post-CMOS Era in HPC