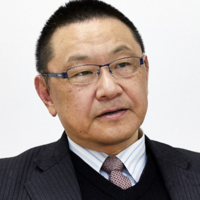 Biography
Satoshi Sekiguchi, Ph.D. is currently Vice President of the National Institute of Advanced Industrial Science and Technology (AIST) in Japan, and is appointed the Director General of the Department of Information Technology and Human Factors, which is engaged to perform a research on developing a sound society by specifically addressing the mutual interaction of informatics and ergonomics. He has continued to drive major developments in high-performance computing widely from its system architecture to applications. His expertise also includes applying IT-based solutions to many of society’s problems related to global climate change, environmental management and resource efficiency.

Sekiguchi received his BSc. from the University of Tokyo, M.Eng. from University of Tsukuba, and Ph.D. in Information Science and Technology from the University of Tokyo, respectively. He joined Electrotechnical Laboratory (ETL) where he started his professional carrier as research scientist in 1984. In 2002-2008 he served as the founding director of Grid Technology Research Center, followed by the Director of Information Technology Research Institute, AIST in 2008-2012, and the Deputy Director-General of the Directorate for Information Technology and Electronics in 2012-2014, He is a member of Science Council Japan, IEEE CS and ACM, and IPSJ fellow.
Presentations
Workshop
ABCI - AI Bridging Cloud Infrastructure for Everyone