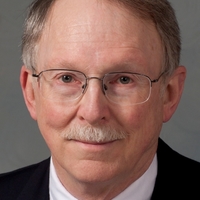 Biography
Dr. Douglass Post has been a computational physicist since 1967. He established and leads the DoD HPCMP Computational Research and Engineering Acquisition Tools and Environments (CREATE) Program (2006-2017). He earned a Ph.D. in Physics from Stanford University (1975) and is an Associate Editor-in-Chief of the AIP/IEEE publication, "Computing in Science and Engineering." Doug led the code development groups at LLNL (1998-2001) and LANL (2001-2003). He led the International Thermonuclear Experimental Reactor (ITER) Physics Team (1988-2000), for which he received the American Nuclear Society's "Outstanding Technical Achievement Award for Fusion Science and Engineering" in 1992. He established and led the tokamak modeling group at Princeton University's Plasma Physics Laboratory (1977-1993). Doug is a Fellow of the American Nuclear Society, the APS, and the IEEE. He received the American Society of Naval Engineers 2011 Gold Medal Award for the CREATE Program. He has written over 250 publications with over 7,000 citations.
Presentations
HPC Impact Showcase
Accelerating Innovation of Defense Systems with Computational Prototypes and High Performance Computing