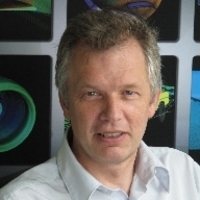 Biography
Jean-Pierre Panziera is the Chief Technology Director for Extreme Computing at Atos. He started his career in 1982 developing new algorithms for seismic processing in the research department of the Elf-Aquitaine oil company. He then moved to the Silicon valley as an application engineer and took part in a couple of startup projects, including a parallel supercomputer for Evans & Sutherland in 1989. During the following 20 years, he worked for SGI successively as application engineer, leader of the HPC application group and Chief Engineer. In 2009, he joined Bull, now an Atos company, where he is responsible for HPC developments. Jean-Pierre holds an engineering degree from Ecole Nationale Supérieure des Mines de Paris.
Presentations
Birds of a Feather
European Exascale Projects and Their Global Contributions