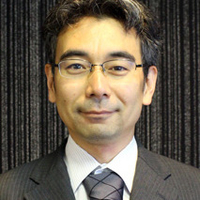 Biography
Tomoya Ono was born in Okayama, Japan, in 1974 and is an Associate Professor at Center for Computational Sciences, University of Tsukuba, Japan. He studied precision science and computational physics. He received degree of Engineering Bachelor (1997), Engineering Master (1998), and Ph.D (2001) from Osaka University, Japan. He was appointed as research fellow of Japan Society for the Promotion of the Science from 2000 to 2001, as an Assistant Professor at Graduate School of Engineering, Osaka University, Japan from 2001 to 2014, as an Alexander von Humboldt research fellow at Forschungszentrum Jülich, Germany from 2007 to 2008, and also as a JST-PRESTO researcher from 2013 to 2017. His current research interests include: the design and simulation of quantum transport of nanoscale structures using first-principles calculations based on real space methods and the development of new computational methods for first-principles calculations.
Presentations
Paper
Efficient and Scalable Calculation of Complex Band Structure Using Sakurai-Sugiura Method