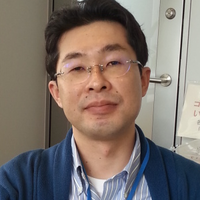 Biography
Keiji Onishi is a Post-Doctoral Researcher in Advanced Institute for Computational Science at RIKEN since 2012.
He completed his Ph.D. in 2013 at the Department of Aerospace Engineering of Tohoku University, Sendai, Japan. Prior to joining the Ph.D. program, he has been working in the industry more than 10 years. After working at the Japanese automobile company, he has worked as a software developer and a consulting engineer in computational fluid dynamics (CFD), especially automobile industry.
His research interests lie in the area of CFD, ranging from computational science to the aerodynamics. He has collaborated actively with researchers in several other disciplines of computer science, engineering, and also of a software business.
He is the main developer of multi-physics simulation framework ‘CUBE’ which is based on a hierarchical Cartesian grid and a developer of ‘Frontflow/red’ which is based on an unstructured grid.
Presentations
ACM Student Research Competition
Poster
Reception
P24: A Deployment of HPC Algorithm into Pre/Post-Processing for Industrial CFD on K-Computer