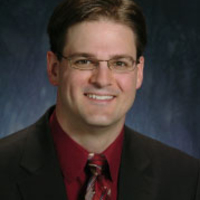 Biography
Todd Munson received a B.S. in Computer Science from the University of Nebraska in 1995, and an M.S. in 1996 and Ph.D. in 2000 in Computer Science from the University of Wisconsin at Madison. He is a Computational Scientist in the Mathematics and Computer Science Division at Argonne National Laboratory, a Senior Fellow in the Computation Institute at the University of Chicago and Argonne National Laboratory. The primary focus of his research is algorithms and applications of numerical optimization and variational inequalities. He has been widely recognized for his contributions. Among other honors he was awarded both a Presidential Early Career Award for Scientists and Engineers from the White House and an Early Career Scientist and Engineer Award from the US Department of Energy in 2006 and the Beale-Orchard-Hayes Prize from the Mathematical Programming Society in 2003.
Presentations
Workshop
Scalable In Situ Analysis of Molecular Dynamics Simulations