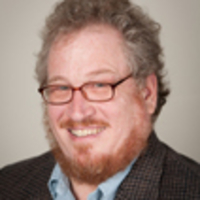 Realizing the futility of pursuing a career in music (and reluctantly admitting his Dad was right), Jeff went back to school and got a Bachelor’s degree in Physics from the University of Maryland, and later an MSEE degree from The Johns Hopkins University.

After gaining extensive design experience at NASA and business experience at Booz, Allen & Hamilton, Jeff merged his technical expertise with his improvisational skills, and started Ixthos in 1991, one of the first companies (along with BittWare) dedicated to COTS DSP, which he ran until it was acquired by DY4 Systems (now CWCEC) in 1997. Jeff left in 1998 and took the helm of BittWare where he is President and CEO.
Presentations
Exhibitor Forum
Cooling Hot FPGAs: A Thermals First Approach