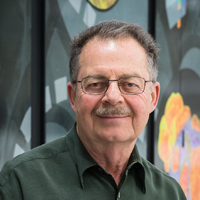 Biography
Paul Messina is Advisor to the Associate Laboratory Director and Lab on Exascale at Argonne National Laboratory. Since 2015, he has been Project Director for the U.S. Department of Energy Exascale Computing Project. From 2008-2015, he served as Director of Science for the Argonne Leadership Computing Facility. Dr. Messina served as Distinguished Senior Computer Scientist at Argonne and Advisor to the Director General at CERN (European Organization for Nuclear Research) from 2002-2004.

In 2014, Dr. Messina was named Argonne Distinguished Fellow, the laboratory’s highest scientific and engineering rank. He was awarded the Thomas Hart Benton Mural Medallion from Indiana University in 2013, the U.S. DOE Distinguished Associate Award in 2001, and an honorary Ph.D. in Computer Engineering from the University of Lecce in 1997.
Presentations
Invited Talk
The U.S. D.O.E. Exascale Computing Project – Goals and Challenges