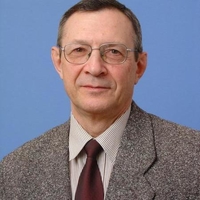 Biography
Yury Folievich Maydanik is currently a Head of Heat-transfer devices laboratory at the Institute of Thermal Physics of Ural Branch of Russian Academy of Science (Ekaterinburg, Russia). He obtained a Ph.D. in 1977 and became a Professor in 1994. In 1999 Prof. Maydanik was bestowed the title of Laureate of the State Prize, which is the highest award for the scientists in the field of science and technology in the Russian Federation. Prof. Maydanik is the author of more than 190 scientific articles and more than 60 inventions connected with the development and researches in the field of two phase heat-transfer devices with capillary pumping. He is a member of the National Committee on Heat and Mass Transfer. Since 2004 Prof. Maydanik is a chairman of the International Committee on Heat Pipes.
Presentations
Exhibitor Forum
Future of the Thermal Management – Thercon-LHP Water-Free Solutions for HPC Cooling