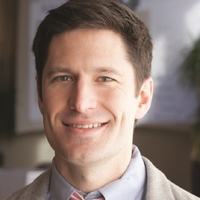 Biography
Michael Mattmiller was confirmed as Chief Technology Officer for the City of Seattle in June 2014. In this role, Michael champions efforts to connect people with their government, increase the productivity of the City workforce through technology, and increase digital equity across the city.

In 2016 Michael led the creation of the City's consolidated technology department, which brought together more than 650 professionals and provided the scale necessary to deliver powerful technology solutions for the City and public it serves. In addition, Michael led the creation of a City-wide privacy program to build public trust in how their municipal government collects and uses their personal information, and a broadband program that has increased availability of fiber-to-the-home gigabit broadband service throughout the city. He serves on the steering committee of the MetroLab Network, an organization that encourages city-university collaborations to solve challenges facing urban areas.

Prior to his role at the City, Michael served as a senior strategist at Microsoft and as a consultant to the federal government at PricewaterhouseCoopers. Michael received a B.B.A. and M.S. in Information Systems Development at The George Washington University. He resides in Seattle, Washington.
Presentations
HPC Connects Plenary
HPC Connects Plenary: The Century of the City