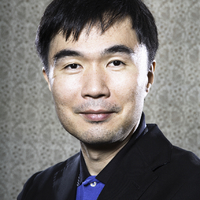 Biography
Prof. Satoshi Matsuoka is a full professor at the Global Scientific Information and Computing Center (GSIC), a Japanese national supercomputing center hosted by the Tokyo Institute of Technology (TITech) and a Fellow at the AI Research Center (AIRC), AIST, the largest national lab in Japan. He is the leader of the TSUBAME series of supercomputers, including TSUBAME2.0 which was the first supercomputer in Japan to exceed Petaflop performance as well as the recent TSUBAME-KFC becoming #1 in the world for power efficiency for both the Green 500 and Green Graph 500 lists in Nov. 2013. Matsouka is also currently leading several major supercomputing research projects, such as the MEXT Green Supercomputing, JSPS Billion-Scale Supercomputer Resilience, as well as the JST-CREST Extreme Big Data. He is a fellow of the ACM and European ISC, and has won many awards, most recently the 2014 IEEE-CS Sidney Fernbach Memorial Award.
Presentations
ACM Student Research Competition
Poster
Reception
P41: OpenCL-Based High-Performance 3D Stencil Computation on FPGAs