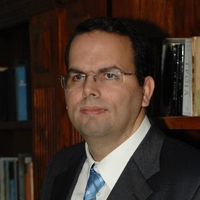 Biography
George S. Markomanolis is a Computational Scientist at KAUST Supercomputing Laboratory. His research is on performance evaluation and optimization of applications with a focus on weather models and support to the users of supercomputers. He is working on new technologies such as Intel KNL and Burst Buffer in order to improve the performance of various applications. He leads the KAUST Burst Buffer Early User program and he explores task based programming models. He obtained his M.S. in Computational Science from the department of Informatics and Telecommunication, National and Kapodistrian University of Athens, Greece in 2008 and his Ph.D. in Computer Science from the Ecole Normale Supérieure de Lyon, France in 2014.
Presentations
Tutorial
Getting Started with the Burst Buffer: Using DataWarp Technology