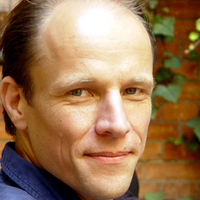 Biography
Dr. Carlos Maltzahn is Adjunct Professor of Computer Science at the University of California, Santa Cruz and is the founder and director of the Center for Research in Open Source Software (CROSS), co-founder and PI of the LANL/UCSC Institute for Scalable Scientific Data Management (ISSDM), and the co-founder and director of the Systems Research Lab (SRL), known for its cutting-edge work on big data storage & processing, scalable data management, and distributed systems performance management. Carlos joined UC Santa Cruz in 2004, after five years at Netapp working on network-intermediaries and storage systems. In 2005 he co-founded and became a key mentor on Sage Weil’s Ceph project. In 2008 Carlos became a member of the computer science faculty at UC Santa Cruz and has since then graduated four Ph.D. students. Carlos graduated with a M.S. and Ph.D. in Computer Science from University of Colorado at Boulder.
Presentations
Birds of a Feather
Practical Reproducibility by Managing Experiments Like Software

Reproducibility
State of the Practice