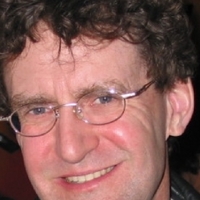 Biography
Allen D. Malony is a Professor in the Department of Computer and
Information Science at the University of Oregon where he directs parallel
computing research projects, notably the TAU parallel performance system
project. He has extensive experience in performance benchmarking and
characterization of high-performance computing systems, and has developed
performance evaluation tools for a range of parallel machines during the
last 26 years. His research interests also include computational science
and neuroinformatics. Malony was awarded the NSF National Young
Investigator award, was a Fulbright Research Scholar to The Netherlands and
Austria, and received the prestigious Alexander von Humboldt Research Award
for Senior U.S. Scientists by the Alexander von Humboldt Foundation.
Recently, he was named the Fulbright-Tocqueville Distinguished Chair to
France, where he is also a Visiting Professor at the University of
Versailles Saint-Quentin-en-Yvelines. He is funded by the Department of
Energy, the National Science Foundation, and the Department of
Defense. Malony is the Director of the UO Neuroinformatics Center and the
CEO of ParaTools, Inc., which he founded with Dr. Sameer Shende in 2004.
Presentations
Workshop
Projecting Performance Data Over Simulation Geometry Using SOSflow and Alpine