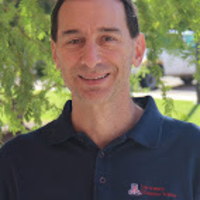 Biography
David Lowenthal is Professor of Computer Science at the University of Arizona, where he has been a faculty member since January 2009. Prior to that, he was on on the faculty in Computer Science at the University of Georgia. He holds a B.S. degree in Computer Science and Math from the University of California, Davis and M.S. and Ph.D degrees in Computer Science from the University of Arizona. His research is primarily in all aspects of parallel and distributed computing. His particular focus tends to be on solving fundamental problems within this field via system-software techniques. Currently, most of his research centers around power and performance issues within parallel and distributed computing. He was Program Co-Chair for the inaugural IEEE Green Computing Conference in 2010, General Chair of the ACM International Conference on Supercomputing in 2011, and has served on numerous program committees, including SC, PPOPP, ICS, and IPDPS.
Presentations
Workshop
Energy Efficient Supercomputing (E2SC)