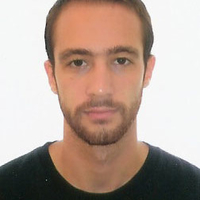 Biography
Francesc Lordan was born in Barcelona, Spain, in 1987. He received the B.E. degree in informatics engineering from the Universitat Politècnica de Catalunya, Barcelona, Spain, in 2010, and the M.Tech. Degree in computer architecture, networks and systems from the Universitat Politècnica de Catalunya (UPC), Barcelona, Spain, in 2013. Since February 2010, he has been part of the Workflows and Distributed Computing group of the Barcelona Supercomputing Center (BSC) and developing extensions of the COMPSs programming model to support the execution on Cloud environments. Currently, he is working on his PhD thesis, advised by Rosa M. Badia, studying the problems of distributed programming for mobile cloud computing.
Presentations
Workshop
Enabling GPU Support for the COMPSs-Mobile Framework