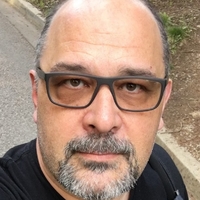 Biography
Darrell Long is an American computer scientist and computer engineer, the Kumar Malavalli Endowed Professor of Storage Systems Research and Professor of Computer Engineering at the University of California, Santa Cruz. He is Editor-in-Chief, emeritus, of the ACM Transactions on Storage. In 2002, he was the founder of the Conference on File and Storage Technologies (FAST), one of the most prestigious venues in the computer data storage field. In 1991, Long pioneered the idea of storing metadata separately from data in the Swift file system. This idea became a central design concept in subsequent distributed file and storage systems, such as IBM TotalStorage/SAN (Storage Tank) and Ceph. He is one of the pioneers in data deduplication and has authored many highly cited articles on the topic.
Presentations
Paper
CAPES: Unsupervised Storage Performance Tuning Using Neural Network-Based Deep Reinforcement Learning