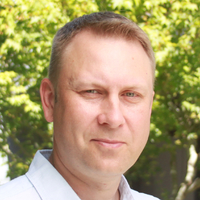 Peter earned B.S. degrees in Computer Science, Mathematics, and Physics from Elon University in 1994 and a Ph.D. in Computer Science from Georgia Institute of Technology in 2000, after which he joined LLNL. He served as Editor in Chief for Graphical Models from 2012-2015 and is a Senior Member of IEEE.
Presentations
Tutorial
Compression of Scientific Data