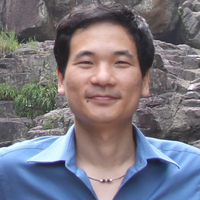 Biography
James Lin is the vice director of High Performance Center at Shanghai Jiao Tong University. He is the designer of the 360 Tflops supercomputer π, which has been the TOP1 supercomputer in the China's universities from April 2013 to October 2015. He is the PI of the GPU Center of Excellence (GCOE) of NVIDIA from the year 2011 to the year 2016, and the co-PI of the Intel Parallel Computing Center (IPCC) from the year 2017. He is also the visiting associate of Global Scientific Information and Computing Center (GSIC) of Tokyo Institute of Technology since the year 2012. His main research interests are performance optimization and modeling. He has been invited as a TPC member for HPC conferences such as SC/IPDPS/ICPP/CCGrid.
Presentations
Birds of a Feather
Software Engineering and Reuse in Computational Science and Engineering