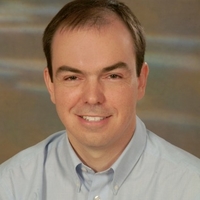 Biography
Univ.-Prof. Dr. Dieter Kranzlmueller is full professor of computer science at the Ludwig-Maximilians-Universitaet Muenchen (LMU), member of the board of the Leibniz Supercomputing Centre (LRZ) of the Bavarian Academy of Sciences and Humanities, and member of the board of directors of the Center for Digital Technology & Management (CDTM). He is founding member of the EGI.eu Organization and chairs the MNM-Team (Munich Network Management Team), which is engaged in networks and distributed systems in general, and networks, grids, clouds and HPC in particular. He has been involved in leading roles in numerous EC-funded, international and national projects, including his role as chairman of the e-Infrastructure Reflection Group (e-IRG), Deputy Director of EGEE-II, member of the Executive Board of EGI.eu, and Project Director of EGI-DS. At present, he serves as the general chairman of the ACM Symposium on Virtual Reality Software and Technology (VRST 2016).
Presentations
Tutorial
Power-Aware High Performance Computing: Challenges and Opportunities for Application and System Developers