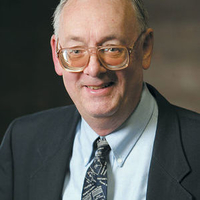 Biography
Dr. Kogge was with IBM, Federal Systems Division, from 1968 until 1994, and was appointed an IEEE Fellow in 1990, and an IBM Fellow in 1993. In 1977 he was a Visiting Professor in the ECE Dept. at the University of Massachusetts, Amherst. From 1977 through 1994, he was also an Adjunct Professor in the Computer Science Dept. of the State University of New York at Binghamton. In August, 1994 he joined the University of Notre Dame as first holder of the endowed McCourtney Chair in Computer Science and Engineering (CSE). Starting in the summer of 1997, he has been a Distinguished Visiting Scientist at the Center for Integrated Space Microsystems at JPL. For the 2000-2001 academic year he was the Interim Schubmehl-Prein Chairman of the CSE Dept. at Notre Dame. From August, 2001 until Dec. 2008 he was the Associate Dean for Research, College of Engineering.
Presentations
Birds of a Feather
Memory-Centric Architectures for the Cloud and HPC