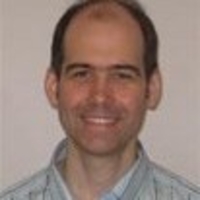 Biography
Dr. Sven Karlsson is, since 2010, an associate professor at DTU Compute, DTU, Denmark. He received a MSc. degree in Engineering Physics in 1997 from Lund University, Sweden, and his Ph.D. degree from KTH, the Royal Institute of Technology in Stockholm, Sweden in 2004. Between 2005 and 2007, he was a postdoctoral researcher at FORTH-ICS, Greece. In 2007, he joined the DTU Informatics department as an assistant professor. Dr. Karlsson’s research interests are in programming models, architectures, operating systems, and system software for parallel computers. He has published more than 60 papers in these fields. His most notable achievements are the OdinMP C/C++ OpenMP compiler and the Balder cluster OpenMP runtime infrastructure. Both software systems have been commercially exploited. More recently, Dr. Karlsson has led the development of the Tinuso high performance soft core for FPGAs.
Presentations
Birds of a Feather
Reconfigurable Computing in Exascale