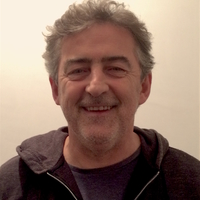 Biography
Thierry Jéron is a senior research scientist in Inria Rennes - Bretagne Atlantique. He obtained a PhD a Ph.D. in Computer Science (1991) in the IRISA/INRIA laboratory in the domain of formal verification of communication protocols. From 1991 to 1992, I was a research engineer in the Alcatel-Alsthom research laboratory. SInce 1993 he is research scientist in Inria Rennes. He obtained his Habilitation from University of Rennes 1 in March 2004. From 2001 to 2012, he was the scientific leader of the VerTeCS Inria team. From 2011 to 2015, I was the vice scientific deputy of the Inria lab. Since 2013, he is member of the SUMO Irisa/Inria team.
His research interests concern the formal verification and validation of reactive systems, inparticular model-checking, model-based testing, runtime verification and enforcement, diagnosis, etc. He (co)-authored more than 20 journal papers and 50 papers in international conferences.
Presentations
Workshop
Verifying MPI Applications with SimGridMC