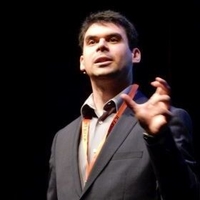 Biography
Alexandru Iosup is a computer scientist and professor. He is currently Tenured Full Professor and University Research Chair at the Vrije Universiteit Amsterdam, the Netherlands, where he leads the Massivizing Computer Systems group. He is also Associate Professor with the Distributed Systems group at TU Delft, the Netherlands, where he received his Ph.D. in 2009. His work has received numerous awards, including the Netherlands ICT-Researcher of the Year (2016), Netherlands Teacher of the Year (2015), and several SPEC SPECtacular community-awards (last in 2017). He is a member of the Young Academy of the Royal Academy of Arts and Sciences of the Netherlands. He is elected Chair of the SPEC Research Cloud Group. In his spare time, he contributes to training legal refugees in the Netherlands. His work is funded by a combination of personal grants (mid-career Vidi 2016 and early career Veni 2011), industry gifts and collaborations (e.g., Solvinity, Oracle, Intel), and EU and national projects. You can contact Alexandru by email [ A.Iosup@vu.nl ], visiting (check http://atlarge.science ), or via Twitter [ @AIosup ].
Presentations
ACM Student Research Competition
Poster
Reception
P86: HyGraph: High Performance Graph Processing on Hybrid CPU+GPUs platforms