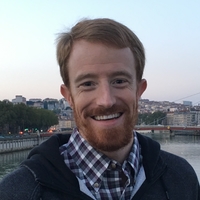 Biography
Connor Imes is a Ph.D. candidate at the University of Chicago, advised by Prof. Henry Hoffmann. His research focuses on creating portable solutions to efficiently and optimally balance performance, accuracy, and power/energy tradeoffs in computing systems. He is also interested in bridging the gap between scientifically demonstrated capabilities and real-world software by creating flexible, robust, and practical interfaces designed to last. Connor was a summer researcher at Lawrence Berkeley National Laboratory in 2017, interned at Mozilla Research in 2015 and, prior to graduate school, worked for five years as a software engineer at Lockheed Martin. He received his M.S. in Computer Science in 2015 from the University of Chicago and his B.S. in Computer Engineering and Computer Science in 2008 from the University of Southern California.
Presentations
ACM Student Research Competition
Poster
Reception
P98: Energy Efficiency in HPC with Machine Learning and Control Theory