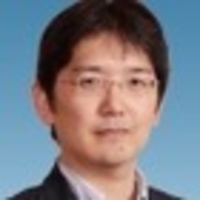 Biography
Toshiyuki Imamura is currently a team leader of Large-scale Parallel Numerical Computing Technology at Advanced Institute for Computational Science (AICS), RIKEN. He received his Diploma (M.Sc.) and Doctorate (Ph.D.) in applied systems and sciences in 1993 and 2000, respectively, both from Kyoto University, Japan. He was a Researcher at the Center of Computational Science and Engineering, Japan Atomic Energy Research Institute in 1996-2003, a visiting scientist at HLRS (Stuttgart, Germany) in 2001-2002, and an associate professor at the University of Electro-Communications in 2003-2012. Since 2012 he has been with AICS/RIKEN. His research interests include high-performance computing, automatic-tuning technology, eigenvalue computation (algorithm/software/applications), etc. His project team was nominated for one of the finalists of Gordon Bell Prize in 2005 and 2006.
Presentations
Workshop
Application of a Communication-Avoiding Generalized Minimal Residual Method to a Gyrokinetic Five Dimensional Eulerian Code on ManyCore Platforms