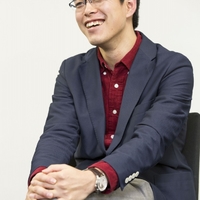 Biography
Akira Imakura was born in Hyogo, Japan, in 1984 and is an Assistant Professor at Faculty of Engineering, Information and Systems, University of Tsukuba, Japan. He received degrees of Bachelor of Engineering (2006), Master of Engineering (2008), and Ph.D. (2011) from Nagoya University, Japan. He was appointed as Japan Society for the Promotion of Science Research Fellowship for Doctor Course Student (DC2) from 2010 to 2011, as a Research Fellow at Center for Computational Sciences, University of Tsukuba, Japan from 2011 to 2013, and also as a JST ACT-I researcher from 2016 to 2017. His current research interests include developments and analysis of highly parallel algorithms for solving large linear systems and linear and nonlinear eigenvalue problems. More specifically, he investigates contour integral-based parallel eigensolvers and their applications.
Presentations
Paper
Efficient and Scalable Calculation of Complex Band Structure Using Sakurai-Sugiura Method