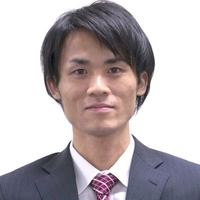 Biography
Yasunori Futamura is an Assistant Professor at Faculty of Engineering, Information and Systems, University of Tsukuba, Japan. He was born in Aichi, Japan, in 1986. He obtained an associate degree in Information and Computer Engineering from Toyota National College of Technology, Japan, in 2007. He received his BSc degree in Information Technology from University of Tsukuba, in 2009. He received his master’s and Ph.D. degrees in Engineering from University of Tsukuba, in 2011 and 2014, respectively. He was appointed as a research fellow of Japan Society for the Promotion of the Science from 2012 to 2014. His research interests include numerical linear algebra, high performance parallel algorithm, parallel solver for large-scale linear systems and eigenvalue problems, parallel numerical software.
Presentations
Paper
Efficient and Scalable Calculation of Complex Band Structure Using Sakurai-Sugiura Method