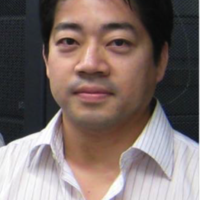 Biography
Fujisawa has been a Full Professor at the Institute of Mathematics for Industry (IMI) of Kyushu University, Japan. He had also been a research director of the JST (Japan Science and Technology Agency) CREST (Core Research for Evolutional Science and Technology) post-Peta High Performance Computing from 2011 to 2017. He received his Ph. D. from the Tokyo Institute of Technology in 1998. The objective of the JST CREST project is to develop an advanced computing and optimization infrastructure for extremely large-scale graphs on post peta-scale supercomputers. His project team has challenged the Graph500 benchmark, which is designed to measure the performance of a computer system for applications that require irregular memory and network access patterns. In 2014 to 2017, his project team was a winner at the eighth, and 10th to 14th Graph500 benchmark. In 2017, He received the Prize for Science and Technology (Research Category), Commendation for Science and Technology by the Minister of Education, Culture, Sports, Science and Technology, Japan.
Presentations
Invited Talk
Cyber-Physical System and Industrial Applications of Large-Scale Graph Analysis and Optimization Problems