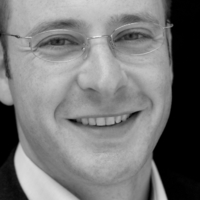 Biography
Christian Feld has been active in the field of computer simulation and performance analysis since his time as a student at University of Cologne from where he received his Diploma in Physics in 2004. After a year working as a consultant and software engineer for the Münster University of Applied Sciences, he moved to PTV AG in Karlsruhe where he joined the traffic simulation development team. From 2009 on he works as a scientific staff member at the Jülich Supercomputing Centre (JSC), reinforcing JSC's cross-sectional team "Performance Analysis". This gave him the opportunity to visit University of Oregon as courtesy research assistant and becoming visiting scientist at RIKEN's Advanced Institute for Computational Science, Programming Environment Research Team. His work is primarily focused within projects developing Score-P, the next generation measurement infrastructure for the performance analysis tools Cube, Scalasca, Vampir, TAU and Periscope.
Presentations
Tutorial
Hands-On Practical Hybrid Parallel Application Performance Engineering