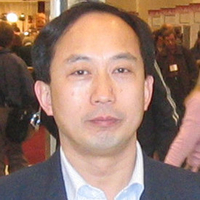 Biography
Xiaofei Chen, Professor of Geophysics at Department of Earth and Space Sciences at the Southern University of Science and Technology; Academician of the Chinese Academy of Sciences; Distinguished Professor of Changjiang Scholar Program of the Ministry of Education; elected Fellow of IUGG (2015). He got the PhD. degree from the University of Southern California, USA in 1991. He was awarded by the National Natural Science Foundation for Distinguished Young Scientists in 1996, and the Earth Science Award by Ho Leung Ho Lee Foundation in 2009. He was elected as Vice President of the China Seismological Society in 2011, and Vice President of the Chinese Geophysical Society in 2012. Currently, he is an Editor of Geophysical Journal International, Associate Editor in-Chief of Earthquake Science. His main research interests are computational seismology and applications in Earth Structure Imaging and Seismic Hazard Mitigation.
Presentations
ACM Gordon Bell Finalist
15-Pflops Nonlinear Earthquake Simulation on Sunway TaihuLight: Enabling Depiction of Realistic 10 Hz Scenarios