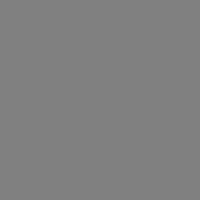 Biography
Hans-Joachim Bungartz is a Professor of Informatics and Mathematics at Technical University of Munich (TUM) and holds the Scientific Computing chair in TUM’s Informatics Department.

Dr. Bungartz has served or serves on several editorial boards, and he was a member of the scientific directorate of the Leibniz Institute for Informatics Schloss Dagstuhl. He is involved in various national and international review and advisory board activities. In 2011, he was elected chairman of the German National Research and Educational Network (DFN). Furthermore, Dr. Bungartz is a board member of Leibniz Supercomputing Center. In 2016, Dr. Bungartz has been appointed a steering committee member of the Council for Doctoral Education of the European University Association.

His research interests are where Computational Science & Engineering, Scientific Computing, and Supercomputing meet. He works on parallel numerical algorithms, hardware-aware numerics, high-dimensional problems, data analytics, and aspects of HPC software, with fields of application such as computational fluid dynamics or plasma physics. Most of his projects have been interdisciplinary ones. As an example, he is one of the coordinators of the Priority Program Software for Exascale Computing (SPPEXA) of the German Research Foundation (DFG).
Presentations
Workshop
A Highly Scalable, Algorithm-Based Fault-Tolerant Solver for Gyrokinetic Plasma Simulations