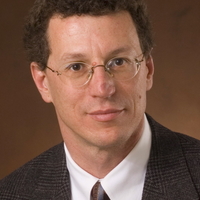 Professor Bouman’s research is in statistical signal and image processing in applications ranging from medical to scientific and consumer imaging. His research resulted in the first commercial model-based iterative reconstruction (MBIR) system for medical X-ray computed tomography (CT), and he is co-inventor on over 50 issued patents that have been licensed and used in millions of consumer imaging products. Professor Bouman is a member of the National Academy of Inventors, a Fellow of the IEEE, a Fellow of the American Institute for Medical and Biological Engineering (AIMBE), a Fellow of the society for Imaging Science and Technology (IS&T), a Fellow of the SPIE professional society. He is the recipient of the 2014 Electronic Imaging Scientist of the Year award, and the IS&T’s Raymond C. Bowman Award. He has been a Purdue University Faculty Scholar and received the College of Engineering Engagement/Service Award, and Team Award. He was also founding co-director of Purdue’s Magnetic Resonance Imaging Facility from 2007-2016; and chair of Purdue’s Integrated Imaging Cluster from 2012-2016. He was previously the Editor-in-Chief for the IEEE Transactions on Image Processing; a Distinguished Lecturer for the IEEE Signal Processing Society; and a Vice President of Technical Activities for the IEEE Signal Processing Society, during which time he lead the creation of the IEEE Transactions on Computational Imaging. He has been an associate editor for the IEEE Transactions on Image Processing, the IEEE Transactions on Pattern Analysis and Machine Intelligence, and the SIAM Journal on Mathematical Imaging. He has also been a Vice President of Publications and a member of the Board of Directors for the IS&T Society, and he is the founder and Co-Chair of the SPIE/IS&T conference on Computational Imaging.
Presentations
ACM Gordon Bell Finalist
Massively Parallel 3D Image Reconstruction