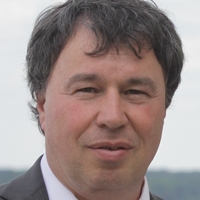 Biography
François Bodin is a founder of CAPS-Enterprise. He held various research positions at University of Rennes I (IRISA UMR 6074) and at the INRIA research lab. His contribution includes new approaches for exploiting high-performance processors in scientific computing and in embedded applications. He co-founded CAPS in 2002 while he was a Professor at University of Rennes I and in January 2008 he became company CTO. He is also at the origin of another company, TOCEA that focuses on control of source code quality and refactoring. In 2013 he returned to Irisa with a Professor position. He is the scientific director for the EXDCI European project.
Presentations
Birds of a Feather
European Exascale Projects and Their Global Contributions