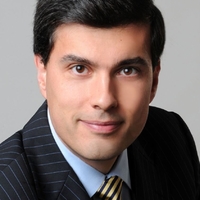 Biography
Alexandre Bayen is the Liao-Cho Professor of Engineering at UC Berkeley, in the departments of Electrical Engineering and Computer Science and Civil and Environmental Engineering. He is the Director of the Institute of Transportation Studies, and a Faculty Scientist in Mechanical Engineering at the Lawrence Berkeley National Laboratory, where he is the Director of the Transportation Initiative. He received a BS from Ecole Polytechnique, France, and an MS and PhD from Stanford University. He has worked at NASA, and at the Department of Defense in France, where he holds the rank of Major. He has published two books and over 200 peer refereed journal and conference publications. His research has been covered hundreds of times in the mainstream media. He is the recipient of several awards, including CAREER (NSF), PECASE (White House), Ruberti Prize (IEEE), Huber Prize (ASCE), TRANNY (CTF) and Gilbreth Lecture (NAE).
Presentations
Invited Talk
Inference and Control in Routing Games