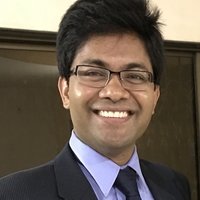 Biography
Dr. Pavan Balaji holds appointments as a Computer Scientist and Group Lead at the Argonne National Laboratory, as an Institute Fellow of the Northwestern-Argonne Institute of Science and Engineering at
Northwestern University, and as a Research Fellow of the Computation Institute at the University of Chicago. He leads the Programming Models and Runtime Systems group at Argonne. His research interests include parallel programming models and runtime systems for communication and I/O on extreme-scale supercomputing systems, modern system architecture, cloud computing systems, data-intensive computing, and big-data sciences. He has more than 150 publications in these areas and has delivered more than 160 talks and tutorials at various conferences and research institutes.
Presentations
Paper
Why Is MPI So Slow? Analyzing the Fundamental Limits in Implementing MPI-3.1