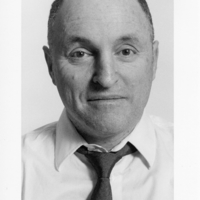 Biography
Mark Asch is an applied mathematician who has served as program manager for Mathematics, Computer Science, HPC and Big Data at the French National Research Agency (ANR). Previously, he was scientific officer for mathematics and e-infrastructures at the French ministry of research (2012-2015), where he was the official representative of France in PRACE, RDA, e-IRG and the G8 Working Group on Open Data. He is currently on secondment to Total France and is a co-organizer of the BDEC forum.

He holds MS and PhD degrees in Mathematics from New York University, and BS and MS degrees in Agronomy and Applied Physics from the Hebrew University of Jerusalem. He is full professor of Mathematics and has been teaching numerical and statistical data analysis for over 20 years. His latest book, “Data Assimilation: Methods, Algorithms and Applications” was published in 2016 by SIAM, USA.
Presentations
Birds of a Feather
Big Data and Exascale Computing (BDEC) Community Report