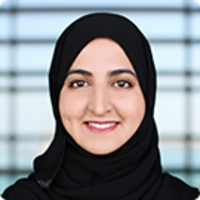 Biography
Amani Alonazi is a PhD candidate in Computer Science at KAUST and a member of KAUST's Extreme Computing Research Center, ACM, and SIAM. Her research interests are scalable solvers, HPC, and, performance modeling. She is interested in developing and investigating methods and implementations for improving the scalability of solvers. She has worked on optimizing CFD applications for heterogeneous architectures. She also has worked on large-scale graph processing and is a co-author of MIZAN: a dynamic version of Google's Pregel system. Amani hails from Saudi Arabia, where she earned her BS in Information Technology from King Saud University and her MS degree in Computer Science from KAUST in June 2014. In 2013, AlOnazi held a one-year Erasmus scholarship at the School of Computer Science at University College Dublin, where she received a second MS degree in CS in 2014. She has been a KAUST Student Ambassador and Chair of ACM and SIAM Student Chapters.
Presentations
Workshop
Five-minute presentations by young researchers from around the world - part 2