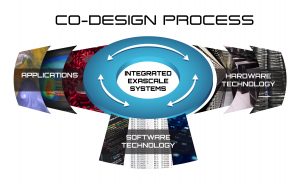 In 2016, the U.S. Department of Energy established the Exascale Computing Project (ECP) – a joint project of the DOE Office of Science (DOE-SC) and the DOE National Nuclear Security Administration (NNSA) – that will result in a broadly usable exascale ecosystem and prepare mission critical applications to take advantage of that ecosystem.

This ambitious project aims to create an exascale ecosystem that will:

• Enable classical simulation and modeling applications to tackle problems that are currently out of reach,

• Enable new types applications to utilize exascale systems, including ones that use machine learning, deep learning, and large-scale data analytics,

• Support widely used programming models as well as new ones that promise to be more effective on exascale architectures or for applications with new computational patterns, and

• Be suitable for applications that have lower performance requirements currently, thus providing an on ramp to exascale should their future problems require it.

Balancing evolution with innovation is challenging, especially since the ecosystem must be ready to support critical mission needs of DOE, other Federal agencies, and industry, when the first DOE exascale systems are delivered in 2021. The software ecosystem needs to evolve both to support new functionality demanded by applications and to use new hardware features efficiently.

We are utilizing a co-design approach that uses over two dozen applications to guide the development of supporting software and R&D on hardware technologies as well as feedback from the latter to influence application development.

To ensure that the software technologies developed by the ECP will integrate into the facilities’ software stack, we also work closely with the supercomputing facilities that will host the exascale systems through development and innovation cycles. The project will also conduct R&D on tools and methods to boost productivity and portability between systems. 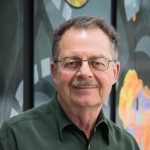 Dr. Paul Messina is Advisor to the Associate Laboratory Director and Lab on Exascale at Argonne National Laboratory. He served as the Project Director for the U.S. Department of Energy’s Exascale Computing Project (ECP) from October 2015 through September 2017. From 2008-2015, he served as Director of Science for the Argonne Leadership Computing Facility. Dr. Messina served as Distinguished Senior Computer Scientist at Argonne and Advisor to the Director General at CERN (European Organization for Nuclear Research) from 2002-2004.

In 2014, Dr. Messina was named Argonne Distinguished Fellow, the laboratory’s highest scientific and engineering rank. He was awarded the Thomas Hart Benton Mural Medallion from Indiana University in 2013, the U.S. DOE Distinguished Associate Award in 2001, and an honorary Ph.D. in Computer Engineering from the University of Lecce in 1997.