Since 1993, The TOP500 list has served as the defining yardstick for supercomputing performance. And at SC17 in November, the 50th TOP500 list will be announced.

Published twice a year, it is a compilation of the world’s 500 largest installations and some of their main characteristics. Systems are ranked according to their performance on the Linpack benchmark, which solves a dense system of linear equations.

Over time, the data collected for the list has enabled the early identification and quantification of many important technological and architectural trends related to high performance computing (HPC). We briefly describe the project’s origins, the principles guiding data collection, and what has made the list so successful during the 25 year-long-transition from giga- to tera- to petascale computing. We also examine the list’s limitations.

The TOP500’s simplicity has invited many criticisms, and we consider several complementary or competing projects that have tried to address these concerns. Finally, we explore several emerging trends and reflect on the list’s potential usefulness for guiding large-scale HPC into the exascale era. 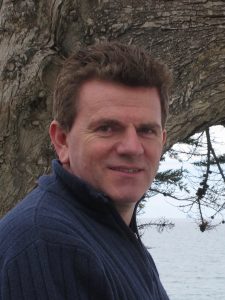 Erich Strohmaier is a Senior Scientist and Group Lead of the Performance and Algorithms Research group in the Computational Research Division at the Lawrence Berkeley National Laboratory. He held positions at the University of Tennessee, Knoxville and the University of Mannheim, Germany. He has a Dr. in theoretical Physics from the University of Heidelberg, Germany.

Strohmaier main interests are in performance characterization, evaluation, modeling, and prediction for HPC systems and large scale scientific workflows. He is involved in the analysis of advanced-computer architectures and parallel programming paradigms, classification of kernels and programming patterns for scientific computational kernels. In recent years he started working on the analysis and optimization of data-intensive large scale scientific workflows and the application of machine learning for predicting their behavior and performance.

Together with Prof. Dr. Hans W. Meuer he devised and founded the TOP500 project in 1993. It started as a list of the most powerful supercomputers in the world and has evolved to a major source of information about trends in HPC. The project tracks supercomputers installed together with their performance, power consumption, and a variety of architectural features. The biannual TOP500 has become the “Who’s Who” in the HPC field and the 50th list will be published at SC17. Strohmaier has served as the main editor of the TOP500 since its beginnings.

Strohmaier was awarded the 2008 ACM Gordon Bell Prize for parallel processing research in algorithmic innovation and was named a Fellow of the ISC Conference in 2017. He is a member of ACM, IEEE, and APS. 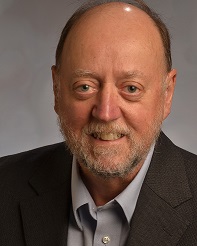 Jack Dongarra holds an appointment at the University of Tennessee, Oak Ridge National Laboratory, and the University of Manchester. He specializes in numerical algorithms in linear algebra, parallel computing, use of advanced-computer architectures, programming methodology, and tools for parallel computers. He was awarded the IEEE Sid Fernbach Award in 2004; in 2008 he was the recipient of the first IEEE Medal of Excellence in Scalable Computing; in 2010 he was the first recipient of the SIAM Special Interest Group on Supercomputing’s award for Career Achievement; in 2011 he was the recipient of the IEEE Charles Babbage Award; and in 2013 he received the ACM/IEEE Ken Kennedy Award. He is a Fellow of the AAAS, ACM, IEEE, and SIAM and a foreign member of the Russian Academy of Science and a member of the US National Academy of Engineering.

Horst Simon is an internationally recognized expert in the development of parallel computational methods for the solution of scientific problems of scale. His research interests are in the development of sparse matrix algorithms, algorithms for large-scale eigenvalue problems, and domain decomposition algorithms. His recursive spectral bisection algorithm is a breakthrough in parallel algorithms. Honored twice with the prestigious Gordon Bell Prize, most recently in 2009 for the development of innovative techniques that produce new levels of performance on a real application (in collaboration with IBM researchers) and in 1988 in recognition of superior effort in parallel processing research (with others from Cray and Boeing).

Horst Simon is Deputy Laboratory Director and Chief Research Officer (CRO) of Berkeley Lab. The Deputy Director is responsible for the overall integration of the scientific goals and objectives, consistent with the Laboratory’s mission. Simon has been with Berkeley Lab since 1996, having served previously as Associate Laboratory Director for Computing Sciences, and Director of NERSC. In his role as Deputy Director, Simon has been instrumental in the creation of new concepts such as Cyclotron Road and CalCharge that support energy innovation and forge stronger connections of the national labs with industry. 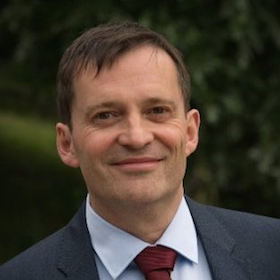 Martin Meuer is the conference co-chair of ISC High Performance (formerly known as International Supercomputing Conference) and managing director of the ISC Group. Since 2002, Martin has been a great force in expanding the ISC brand beyond Europe, and elevating the ISC exhibition to an international stature. Martin has also been influential in founding the spin-off events, ISC Cloud and ISC Big Data, and as such introducing relevant forums to the global HPC community.

Prior to joining Prometeus GmbH, the company behind ISC Group, Martin held various positions in the IT security sector. He holds a graduate degree in Computer Science from the University of Karlsruhe, Germany.