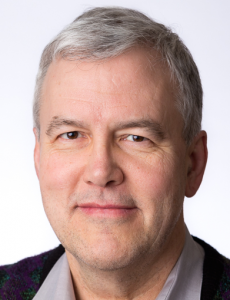 Denver, CO – The SC Test of Time Award (ToTA) Committee announced that it selected Michael Wolfe’s 1989 paper “More Iteration Space Tiling” as the SC17 ToTA winner. The award recognizes an outstanding paper that has deeply influenced the HPC discipline. It is a mark of historical impact and recognition that the paper has changed HPC trends.

The award is also an incentive for researchers and students to send their best work to the SC Conference and a tool to understand why and how results last in the HPC discipline.  Papers that appeared in the SC Conference Series are considered for this award.  A paper must be at least 10 years old, from the twenty conference years 1988 to 2007, inclusive.

“This paper was one of the very earliest compiler papers on how to reason about tiling using dependence information and how to integrate it with other loop transformations and with parallelization,” says Elizabeth Jessup, ToTA Committee Chair from University of Colorado Boulder. “It was a very significant research breakthrough. It is very forward looking, and it holds up well today even after almost 30 years of subsequent research.”

This paper introduces a toolkit of program restructuring transformations for optimizing programs on parallel processors with memory hierarchies. The focus is on tiling of the iteration space to improve memory locality and reduce synchronization between processors. Tiling remains a very important optimization in modern numerical software.

The pioneering paper presents elementary loop transformations in a unified way. It opens the road to subsequent work on loop optimizations such as the polyhedral model. Its impact and legacy are important to a wide community, and it describes several transformations used by compilers to detect parallelism that are still in wide use today.

Dr. Michael Wolfe is a PGI compiler engineer at NVIDIA Corp. with over 40 years of experience in research and development of optimizing compilers for HPC systems and has published one book and numerous articles on the subject.

The paper is available at the ACM Digital Library.